AWM partners with the National Museum of the Pacific

On March 26, 2021, the Virtual Education Specialist co-hosted a program with the National Museum of the Pacific, a facility devoted to WWII in the Pacific for a program called Wonder Women of World War II. Our own, Gail Taylor Black represented FAWMA, as a guest speaker to talk about her experiences delivering mail during her service and the history of the 6888th Postal Battalion.

On March 23, 20201, the Curator participated in a Virginia War Memorial Women’s History Day Panel. The panel discussion focused on the 6888th Central Postal Battalion. The Curator shared pictures from the AWM archives of LTC Charity Adams, whose uniform is on display at the AWM. Link: https://vimeo.com/528268739

On March 18, 2021, the Curator was the guest speaker for the CASCOM Women’s History Month Program. In accordance with this year’s theme Valiant Women of the Vote, she delivered a program about Army women’s participation in World War I and the impact their service had on women getting the right to vote. There were 300 participants – some in the Fort Lee Theater and some virtual.

On March 4, 2021, the Curator presented a program for the D-Day Memorial in Bedford, Virginia. The program called From Here to Over There: Women of WWII was a partnership for their Virtual Lunch and Learn Series. A recording of the presentation can be found on the D-Day Memorial You Tube Channel. Link: https://youtu.be/VLXD4jXgJSQ.

Thirty-eight students from QM BOLC Class 20-014 volunteered at the museum on Saturday, January 23, 2021. The students also enjoyed a tour of the museum to learn about Army Women’s History.

Tracy Bradford has worked in the Army Museum Enterprise for over a decade. She is returning to lead the Army Women’s Museum after three years as a Museum Educator in the Programs and Education Department at the National Museum of the United States Army (NMUSA). At the National Museum, Tracy led a nationally recognized interdisciplinary team that recruited and trained over 200 volunteers for the NMUSA Docent Corps. Tracy was the Director of Education at the United States Army Women’s Museum prior to moving to NMUSA. An educator for twenty-five years, Tracy has taught in secondary education, private industry, and the federal government. She earned a Bachelor of Arts from The College of William & Mary and a Master of Arts from The George Washington University. She served as the educational consultant for the PBS documentary Unsung Heroes: The Story of America’s Female Patriots.  Tracy has presented at the Smithsonian Institution, the Virginia Association of Museums, the American Association of State and Local History, and The Society for Military History.

Dr. Bonnell was presented with the Samuel Sharpe Medal on Friday, 9/25. She spoke of how she came to be an ordnance officer and what a wonderful opportunity it was and how that career path allowed her to meet the love of her life, Charles Bonnell.

Dr. Bonnell, long time director of the Army Women’s Museum, was celebrated for her great successes in preserving the legacy of Army Women. She was honored at a luncheon prior to her last day as the AWM Director on August 21, 2020. Dr. Bonnell’s long list of accomplishments were cited, with significant emphasis on the 2018 reopening of the museum after an expansion and complete renovation of the Galleries. Dr. Bonnell, along with her staff, guided this project from concept to execution over a 4 year period that included seeking funding, developing the new look and working with FAWMA on our fundraising campaign. The Grand Opening was a huge success with many General Officers speaking and was highlighted by large crowds eager to see the new exhibits. Since the Grand Opening, Dr. Bonnell has launched a Virtual Tour as she recognized many people were unable to visit the museum in person but were deeply vested in the history of women in the Army. The virtual tour has been praised by many. 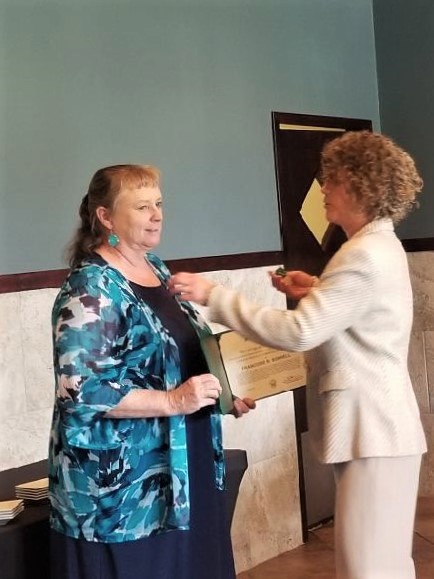 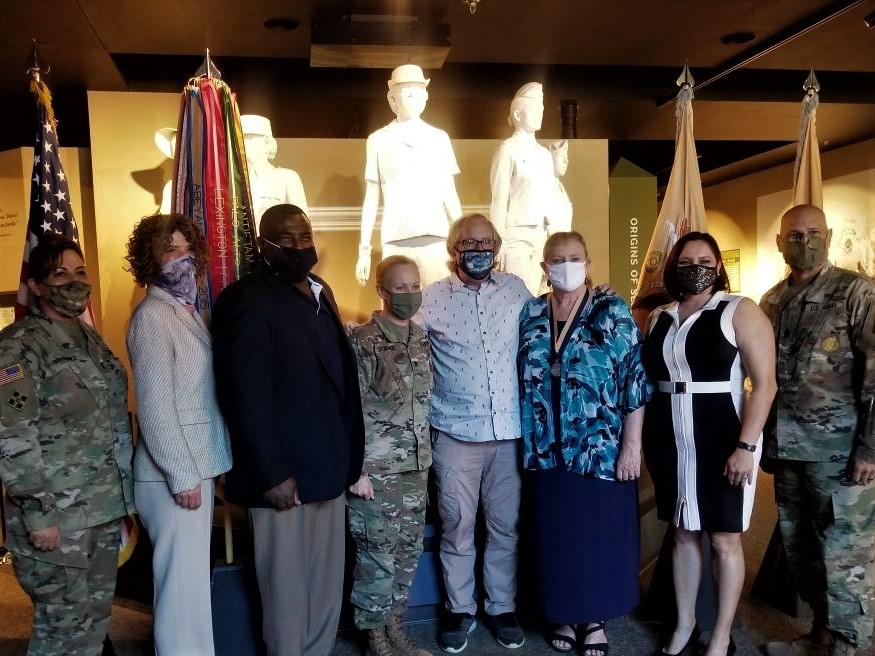 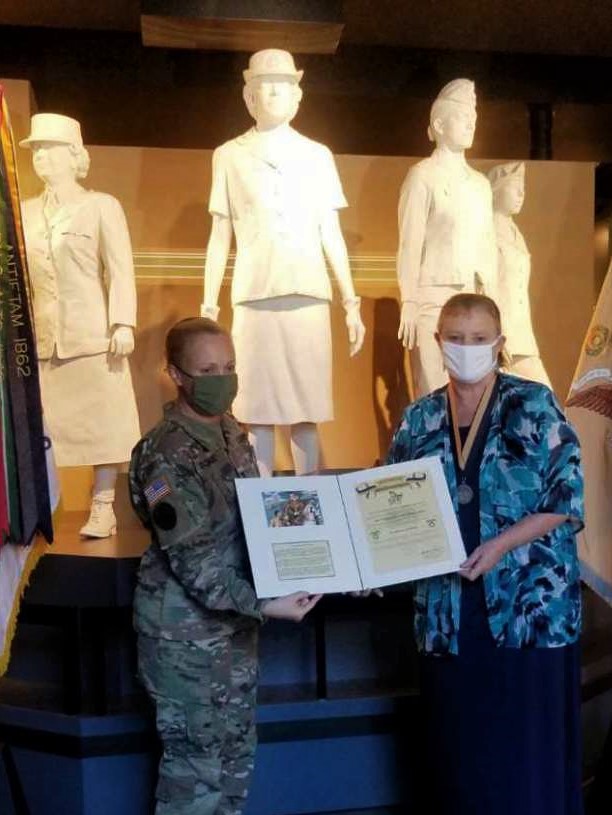 Excellence in All They Do at the Army Women’s Museum

In 2019, US Army Women’s Museum staff, under the outstanding leadership of Education Director, Mr. Jimmy Price, conducted 18 live-broadcast programs for over 600 learners of all ages, and that hard work has recently been noticed! The Center for Interactive Learning and Collaboration (CILC) has awarded two of AWM programs their “Value Seals of Alignment.”

The program “Island of Integration: The Desegregation of the U.S. Army” earned CILC’s Value Seal of Alignment for Life Long Learning, Global Learning, Authentic Learning, and Diverse Learning, giving it a perfect 4 out of 4. One recent user evaluation for this program said, “This was one of the best classes we have ever taken through CILC and we will be using them again!”

Another museum offering entitled “100 Years Ago: An Exploration of America’s Role in WWI” also won CILC’s Value Seal of Alignment for Diverse Learning and Authentic Learning. According to the center, “Programs that align to CILC’s four core values are recognized for quality and awarded these seals, based on recognition by our Value Ambassadors, Staff, and members’ feedback.” This coming year the museum staff will build upon the successes of previous years with even greater achievements as they continue to reach students around the globe with this amazing educational tool.

If you are interested in arranging museum programs for your organizations please visit their website and use the contact button or give them a call. https://awm.lee.army.mil/

The Army Women’s Museum REACHING Outside Its Walls.

We are pleased to announce that through your donations FAWMA has been able to fund a virtual tour of the museum. This is especially meaningful since we know that many of you love the museum but are unable to travel to see it in person.

Right after the new year, the staff of the Army Women’s Museum worked with a contractor and a few volunteers to film a 360 degree virtual tour of the museum. Seen here is a member of the tour production company directing three soldiers for a shot in the museum’s “21st Century Army” gallery. Once complete, we will be providing a link for you to check out the tour and the special items that will be featured from the Museum’s collection that are not included in the current exhibits!

On 30 August, over 530 AIT trainees from 16th Ordnance Battalion toured the museum. Rotating through in groups of 100, the soldiers received a brief orientation on Army women’s history before embarking on an exploration of the new exhibits. The newly-renovated galleries proved accommodating for such a large group and many soldiers had their curiosity piqued, asking numerous questions and voicing how much they enjoyed everything they experienced in the museum.