FAWMA is fortunate to have enthusiastic volunteers across the country that are responsible for the Association’s marketing and public relation platform. The P&E Committee volunteers undertake a variety of activities to educate people on the mission and benefits of the Army Women Museum.

FAWMA committee members are very knowledgeable on the mission of the U.S. Army Women’s Museum and are able to facilitate the P&E outreach program, and any other publicity and educational outreach opportunities. Many of our volunteers are military veterans. Check out Outreach page to see where they have been and what’s going on!

Cydnee Gentry: Chairman/Northern Virginia, Washington DC, and Maryland – Cydnee is an educator, USMC spouse, and Military Brat. Over the last 30 years, she has worked for the Department of Defense, Military Family Readiness Programs, VAM, FAWMA, Scouts, various museums, public schools, and nonprofit organizations. She is a certified teacher in the state of Virginia and lives in Northern Virginia with her family.

Candy Martin: Quarterly Report/Fort Sam Houston, Texas – Candy retired as a Chief Warrant Officer Five in 2013. She was born and raised in Sioux Falls, South Dakota, and chose to settle in San Antonio, Texas after her 38-year military career.  Candy and her husband, Ed (Sergeant Major, Retired) are parents to four children – Tom, a 2005 graduate of the United States Military Academy at West Point who was killed in action while serving in Iraq in 2007, and three adult daughters (Sarah, Laura, and Becky).  Candy was awarded the Presidential Volunteer Service Award (more than 3,000 volunteer hours) in 2011 and was inducted into the Quartermaster Hall of Fame in 2017.  She has a passion to serve veterans and gold star families.  Learn more at www.candymartin.com 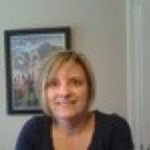 Janie Fogg:  Advisor to the P&E Committee – Janie is an Army spouse and educator. She volunteers her expertise with many non-profit organizations. Janie is an adviser to the Fort Lee Spouses Club and volunteers for several Army Family Team Building Programs. Janie holds a Bachelor’s Degree in History with a minor in Secondary Education from King University. She is the recipient of the Catharine Greene Award for Dedicated Service to the Quartermaster Family. Janie loves Jane Austen and Elizabeth Gaskell novels and is an avid Tennessee Titan fan. She lives with her husband Rodney (Major General, USA) and family.

Denise Scarboro:  Geo Rep/Virginia and North Carolina – Denise Scarboro is a retired US Army Chief Warrant Officer 5 with over 37 years of service. She began in the Army as a Military Policeman and then a Criminal Investigator and later a Polygraph Examiner. When she was transferred to (then) Ft Lewis, WA, she decided to leave the active Army and spent the next 18 years as a Reserve US Army Soldier. During that time, she also worked as a City of Puyallup Washington Police Officer. The attacks on September 11 caused her to reactive into full time service with the US Army. After retiring, she returned to the Puyallup area where she has since obtained her Master’s Degree in Christian Leadership and works as a Pastor’s aide in her church. She volunteers at the USO and as a Geo Rep/Camp Lewis for the Friends of the Army Women’s Museum Association.

Amanda Strickland:  Geo Rep/ Amanda grew up a Military Brat with her mother, a retired Navy Chief.  She completed her undergrad at Sweet Briar College in Archaeology and History and began working in the Army Museum System. In 2014, she completed her Master’s degree in history. She has worked for Army museums at Fort Monroe, Redstone Arsenal, Fort Eustis and Fort Lee, VA.

Gail Taylor-Black: Geo Rep/Georgia – Gail is a retired Army Sergeant First Class and is married to a retired Army NCO.   Upon separating from active duty in May 2000, Gail served in the Virginia Army National Guard for 14 years and was highly decorated during her career.  Gail worked in the Nottoway County High School as a substitute teacher.  Her  current position is as a Citizen Soldier For Life Counselor with the Virginia Army National Guard.  She is a member of the VA Purple Diamonds and is active in several veterans groups and is involved in church and community activities.

Aimee Kominiak:  Geo Rep/Northern Virginia, Washington DC and Maryland – Aimee graduated from the United States Military Academy, West Point, in 1987 and was commissioned as a Second Lieutenant in the Quartermaster Corps.  She also holds a Master’s Degree in Materiel Logistics Management from the Naval Postgraduate School, and a Master’s Degree in National Resource Strategy from the Industrial College of the Armed Forces. Her military education includes the Quartermaster Officer Basic Course, the Combined Logistics Officer Advanced Course, the U.S. Army Command and General Staff College, and the Industrial College of the Armed Forces. In July 2011, she took command of the 23rd Quartermaster Brigade, Fort Lee, Virginia.  Most recently, she served as the Military Assistant to the Principal Deputy Under Secretary of Defense, Acquisition, Technology and Logistics, Office of the Secretary of Defense and retired in 2017. Aimee is married to Colonel Larry Kominiak and lives in Northern Virginia.