Meet our leadership team and Board members –

Co-President (Administration and Logistics):  Aimee Kominiak graduated from the United States Military Academy, West Point, in 1987 and was commissioned as a Second Lieutenant in the Quartermaster Corps.  She also holds a Master’s Degree in Materiel Logistics Management from the Naval Postgraduate School, and a Master’s Degree in National Resource Strategy from the Industrial College of the Armed Forces. Her military education includes the Quartermaster Officer Basic Course, the Combined Logistics Officer Advanced Course, the U.S. Army Command and General Staff College, and the Industrial College of the Armed Forces. In July 2011, she took command of the 23rd Quartermaster Brigade, Fort Lee, Virginia.  Most recently, she served as the Military Assistant to the Principal Deputy Under Secretary of Defense, Acquisition, Technology and Logistics, Office of the Secretary of Defense and retired in 2017. Aimee is married to Colonel (R) Larry Kominiak and lives in Northern Virginia.

Co–President (Training, Education, and Technology): Cydnee Gentry is an educator, USMC spouse, and military brat. She has experience working for the Department of Defense, Military Family Readiness Programs, Girl and Boy Scouting, FAWMA, various public schools, and nonprofit organizations. She holds a Master’s Degree in Curriculum and Instruction in Technology and is a certified teacher in the state of Virginia.  Cydnee lives in Northern Virginia with her family.

Treasurer: Luanne Kolleda has been a volunteer throughout her 35+ years as a military wife and mother. Most notably, she was the Scholarship Chairperson for various Spouses Clubs around the world. She currently lives in the Richmond, VA area and works as a paralegal.

Recording Secretary:  Candy Martin retired as a Chief Warrant Officer Five in 2013. She was born and raised in Sioux Falls, South Dakota, and chose to settle in San Antonio Texas after her 38-year military career.  Candy and her husband, Ed (Sergeant Major, Retired) are parents to four children – Tom, a 2005 graduate of the United States Military Academy at West Point who was killed in action while serving in Iraq in 2007, and three adult daughters (Sarah, Laura, and Becky).  Candy was awarded the Presidential Volunteer Service Award (more than 3,000 volunteer hours) in 2011 and was inducted into the Quartermaster Hall of Fame in 2017.  She has a passion to serve veterans and gold star families.  Learn more at www.candymartin.com

Corresponding Secretary:  Vicki Archileti is a retired DOD Senior Executive Service member.  She lives in Virginia and volunteers at the Army Women’s Museum and the Daily Bread Food Bank.  Vicki enjoys reading, traveling and volunteering.  Since retiring, she has taken up watercolor painting and can while away hours with her brushes and paints.  Her two West Highland White Terriers are in charge at home and demand much attention. 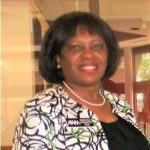 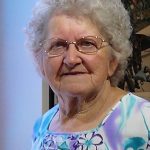 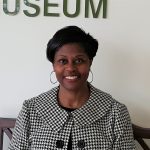 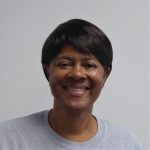 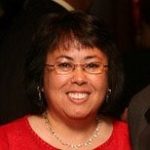 Past President / Member at Large: Delinda Creal is a retired Army Ordnance Lieutenant Colonel. She is retired as a civilian from the U.S. Combined Arms Support Command at Fort Lee, Virginia.

Member at Large:  Florence I. Dunn is a retired Army Major and a retired federal civil service employee. She lives in Yale, Virginia, on the farm where she grew up. Along with recently having an article about some of their activities*.

Member at Large:  Gail Taylor-Black is a retired Army Sergeant First Class and is married to a retired Army NCO.   Upon separating from active duty in May 2000, Gail served in the Virginia Army National Guard for 14 years and was highly decorated during her career.  Gail worked in the Nottoway County High School as a substitute teacher.  Her current position is as a Citizen Soldier for Life Counselor with the Virginia Army National Guard.  She is a member of the VA Purple Diamonds and is active in several veteran’s groups and is involved in church and community activities. Along with recently being featured in an article*.

Member at Large:   Janice Shearin-Smith is a retired US Army Lieutenant Colonel, Senior Human Resources Management Officer. Janice’s strong desire to serve her community has led her to numerous volunteer opportunities and community leadership roles.  While on active duty she was awarded The Military Outstanding Volunteer Service Medal (MOVSM) for substantial volunteer service to the local community.  Currently, she serves as a Disaster Volunteer, Community Ambassador, Government Liaison, and Blood Donor Ambassador for the Capital Region American Red Cross.  She also volunteers at the Hunter Holmes McGuire VA Medical Center.

Member at Large:  Secille Siverio is an avid reader favoring 19th Century British writers and a self-proclaimed Janeite.  Her greatest achievements, to date, have been serving her country, marrying her best friend, raising three wonderful kids, reaching the pinnacle of her profession, and beating/surviving breast cancer.

*Opinions expressed by members are solely their own and do not express the views or opinions of FAWMA.